Now that ransomware developers know that they can earn monstrous payouts from local cities and insurance policies, we see a new government agency, school district, or large company getting hit with a ransomware attack every day.

For example, this week the Governor of Louisiana declared a state of emergency for the wave of attacks targeting school districts in the state.

Sodinokibi also continues to rear its head this week with a new campaign where they were impersonating Germany's BSI.  Otherwise, it has been a steady stream of new variants of existing ransomware and a smattering of new lower end families being discovered.

The good news is that a decryptor for the LooCipher Ransomware was released, which allows those victims to recover their files for free.

Michael Gillespie is looking for a ransomware that appends the extension .lilocked and drops a ransom note named #README.lilocked.

Michael Gillespie is looking for a ransomware that appends the extension .haka and drops a ransom note named !!!READ_ME_FIRST!!!.txt.

Michael Gillespie updated his STOP Decryptor to support the offline keys for the .gusau, .madek, and .tocue extensions.

Germán Fernández found a new ransomware called Lucky Joe that appears to be a GonnaCry variant. According to pollo290987, this variant drops a ransom note named GNNCRY_Readme.txt.

LooCipher Ransomware Decryptor Gets Your Files Back for Free

A decryptor for the LooCipher Ransomware has been released by Emsisoft that allows victims to decrypt their files for free. If you were infected with LooCipher, do not pay the ransom and instead follow the instructions below. 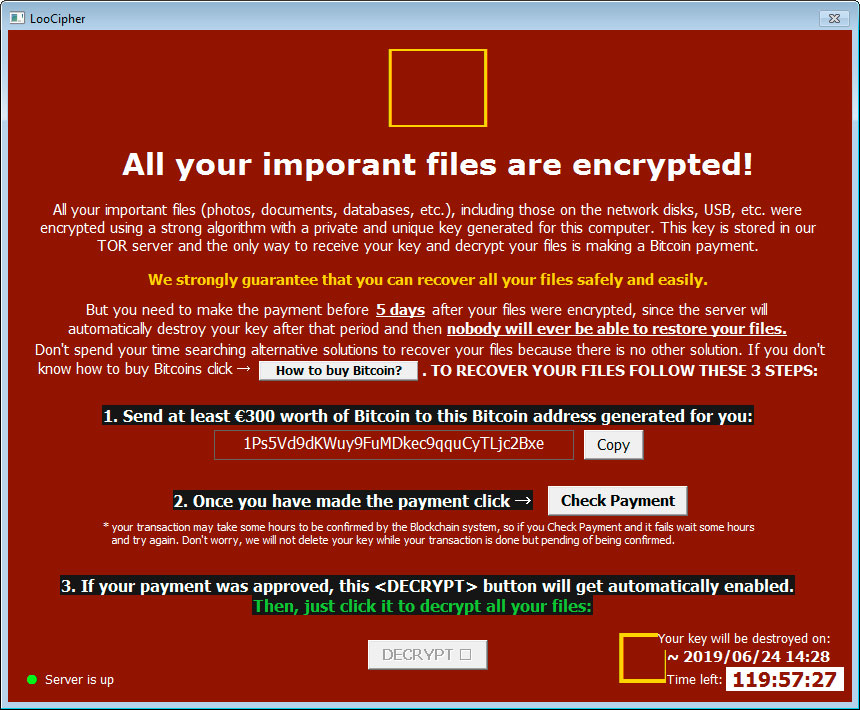 GrujaRS found a new Maoloa Ransomware variant that appends the .Hades666 extension and drops a ransom note named HOW TO BACK YOUR FILES.txt.

Technical analysis of Ryuk ransomware that targets the large organizations

Ryuk ransomware, a modified version of Hermes, is used by Grim Spider a cyber-criminal group, it made its first appearance in August 2018.

Jakub Kroustek found a new variant of the Dharma Ransomware that appends the .com2 extension.

A new ransomware was discovered by Petrovic that appears to be taunting Emsisoft by using the extensions .xuy and ..emsisosisoft.

Vigo County officials are working today to determine what kind of attack was made on the county's computer system.

BSI, the German national cybersecurity authority, has issued a warning regarding a malspam campaign that distributes the Sodinokibi ransomware via emails designed to look like official BSI messages.

Through the analysis of over 3.9 million posts on underground hacker and malware forums, a new report illustrates the most common malware and threats being discussed.

NinjaRMM said its tool was used to spread ransomware across “multiple endpoints” within the last 36 hours, and it is encouraging partners to enable two-factor authentication, which it said could have stopped the attack, according to an email it sent to partners today.

A deep dive into Phobos ransomware

Phobos ransomware appeared at the beginning of 2019. It has been noted that this new strain of ransomware is strongly based on the previously known family: Dharma (a.k.a. CrySis), and probably distributed by the same group as Dharma.

Amigo-A found a new ransomware called DecryptIomega that is target Lenovo Iomega NAS drives. The files are hidden, or removed, so it is not know if anything is encrypted, but it does drop a ransom note named YOUR FILES ARE SAFE!!!.txt.

Louisiana Governor John Edwards has declared a state of emergency after a wave of ransomware attacks targeted school districts this month. This Emergency Declaration will allow Louisiana state resources and cybersecurity experts to assist local governments in securing their networks.

A ransomware attack that hit the South African electric utility City Power from Johannesburg this morning encrypted all its systems, including databases and applications.

Michael Gillespie updated his STOP Decryptor to support the offline keys for the .lapoi, .todar, .dodoc, .bopador, and .novasof extensions.

Jakub Kroustek found a new variant of the Dharma Ransomware that appends the .Acuf2 extension.

Four Louisville healthcare centers are infected with ransomware, according to Park DuValle Community Health Center CEO Ann Hagan-Grigsby. This is the second attack so far this year. The CEO said they contacted the FBI shortly after learning of the infected servers.

Today marks the third anniversary of No More Ransom and through its partners from the public and private sectors, law enforcement, academia, and researchers, the project has been able to help hundreds of thousands, if not millions, of victims get their encrypted files back for free. 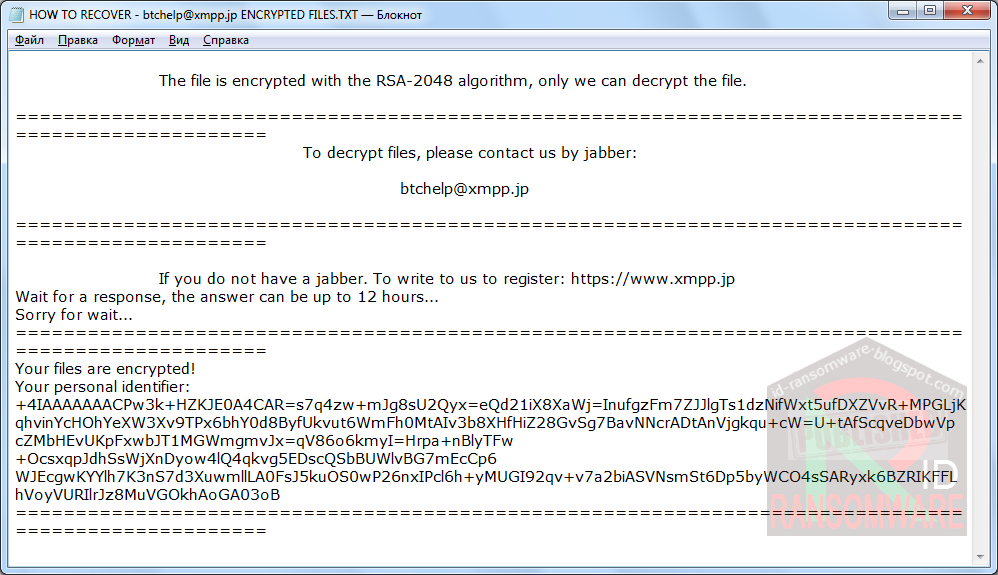 That's it for this week! Hope everyone has a nice weekend!